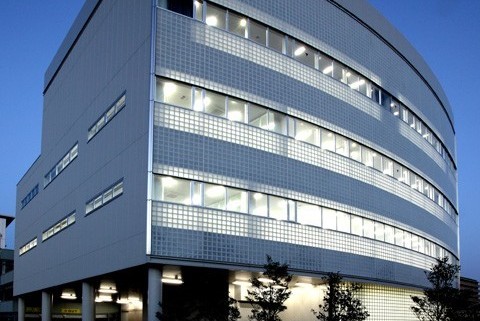 B. Volcano offered Fukuda an early termination of the Distribution Agreement to avoid channel conflict and competitive product offerings that would confuse the customer.

C. Volcano and Fukuda finally agreed to the mutual termination of the Distribution Agreement on the mutually agreeable terms set forth herein through several discussions.

NOW, THEREFORE, in consideration of the foregoing, and for other good and valuable consideration, the receipt and sufficiency of which is hereby acknowledged, the parties agree as follows:

2. Payment by Volcano. In consideration of the termination of the Distribution Agreement and the repurchase of Volcano Products (as defined in the Distribution Agreement) in Fukuda’s inventory in the agreement set forth below in Section 5, Volcano shall pay to Fukuda the sum of One Hundred Nineteen Million Japanese Yen (JPY 119,000,000), subject to any offset by Volcano upon Fukuda’s prior written notice for any amounts owed to Volcano by Fukuda. Fifty percent (50%) of such payment shall be made within five (5) days after the Contract Date, and the remaining fifty percent (50%) shall be paid no later than the Termination Effective Date. Upon payment of such amount in full, Volcano shall have no further financial obligations to Fukuda except as set forth below in Section 5.

3. Termination of Distribution Agreement. Except as expressly set forth herein, the Distribution Agreement shall terminate in its entirety on the Termination Effective Date, and at such time all rights and obligations of Volcano and Fukuda under the Distribution Agreement shall cease. As of the Termination Effective Date, (a) all rights granted by Volcano to Fukuda with respect to Volcano Products, if any, shall terminate and shall revert to Volcano without any further action required on the part of either Volcano or Fukuda, and Fukuda shall have no right to distribute, sell, market, or promote Volcano Products and (b) Fukuda shall cease all sales, distribution, and marketing activities, terminate all subdistribution agreements, and cease all servicing activities with respect to the Volcano Products.

4. Products from Other Sources. Fukuda acknowledges that Volcano is acquiring all of the rights relating to the distribution of the Volcano Products in Japan, including the goodwill therein. On and after the Contract Date, Fukuda may purchase or acquire from sources other than Volcano, and undertake, either directly or indirectly, to manufacture, purchase, acquire, promote, sell, distribute, lease, or encourage the use of any products which compete in any way with Volcano Products. Notwithstanding the foregoing, Fukuda will ensure a smooth transition of the Transition Customer Accounts as set forth in Section 6 hereof.

(a) Accounts. Fukuda shall cooperate with Volcano to ensure a smooth transition from Fukuda to Volcano of responsibility for selling Volcano Product to Fukuda customer accounts. Without limiting the generality of the foregoing, Fukuda shall transition all of the accounts listed on Exhibit A (the “Transition Customer Accounts”) to Volcano as soon as reasonably possible after the Contract Date (but in any event no later than the Termination Effective Date), subject to Section 6(c). Fukuda shall visit each of the Transition Customer Accounts, either alone or together with Volcano upon Volcano’s request, to (i) explain the transition of the account from Fukuda to Volcano, (ii) inform the customer that responsibility for filling Product orders has been transferred to Volcano Japan, and (iii) provide the appropriate contact information for Volcano Japan for placing orders. Fukuda represents and warrants thatExhibit A is a complete and correct list of all customer accounts to which Fukuda has directly or indirectly sold, marketed, or promoted Volcano Product as of the Contract Date, including without limitation all customer accounts with which Fukuda has entered into sales agreements covering Volcano Product. In connection with Fukuda’s continued distribution of Volcano Products during the transition period, Fukuda agrees that it will not engage in cash sales of Volcano Products to dealers with the intent of increasing dealer inventories above historical levels. Fukuda further acknowledges and agrees that following the Termination Effective Date, other than sales by Fukuda to Dealer Accounts (as defined in Section 6(c) below), Fukuda will not sell Volcano Products to the transitioned customer.

(d) Information Disclosure. Within two (2) weeks after the Contract Date, Fukuda shall submit to Volcano:

(i) a true and correct sales history for Volcano Products that covers the twelve (12) month period prior to the Contract Date in a reasonably detailed and complete manner, which sales history shall be in Japanese in the form of an Excel spreadsheet and shall include (A) sales by product on an account-by-account basis, (B) contact person for each customer account; (C) the name of the applicable Dealer; and (D) if applicable, the type of IVUS console(s) being placed and the serial number(s) of such console(s);

(ii) a true and complete customer account list, including the type of consoles that Fukuda sold to such customers; and

8. Taxes. All amounts payable hereunder include all applicable sales, use, consumption and other taxes and each party will be responsible for payment of all taxes, fees, duties and charges, and any related penalties and interest that may be imposed by the tax authorities on each party, arising from the payment of any amounts hereunder. Fukuda acknowledges and agrees that it will timely remit any consumption tax due hereunder to the applicable taxing authority. Volcano assumes no responsibility for late payments or the nonpayment of such consumption tax by Fukuda.

10. Customer Communication. Fukuda and Volcano shall communicate to Transition Customer Accounts through a press release or jointly signed letter that the termination of the Distribution Agreement and the transition are amicable and in the normal course of business, which shall be released concurrently with Volcano Corporation’s Current Report on Form 8-K contemplated by Section 14 of this Agreement. To the extent that such press release or jointly signed letter contains any statements in addition to the foregoing, such additional statements shall be subject to the mutual agreement of both parties, which agreement shall not be unreasonably withheld.

11. Release of Claims. The Parties agree that, except for Fukuda’s outstanding accounts payable amount owed to Volcano pursuant to the Distribution Agreement, the payments and other commitments described herein represent settlement in full of all outstanding obligations owed by one Party to the other, and settlement of all claims, known or unknown, that one Party might have against the other, in connection with the Distribution Agreement and the termination thereof. Except for their respective rights and obligations set forth in this Termination Agreement, each of Fukuda and Volcano releases the other from any and all claims it may have related thereto under the Distribution Agreement, any purported amendments or supplements thereto, any other distributor agreement or distributor relationship of the Parties relating to the Volcano Products. This release of claims will be and remain in effect in all respects as a complete and general release as to the matters released. EACH PARTY HERETO UNDERSTANDS THAT THIS AGREEMENT INCLUDES A RELEASE OF ALL KNOWN AND UNKNOWN CLAIMS THAT ONE PARTY MIGHT HAVE AGAINST THE OTHER, IN CONNECTION WITH THE DISTRIBUTION RELATIONSHIP AND THE TERMINATION THEREOF. In giving the release herein, which includes claims which may be unknown to the parties at present, each party acknowledges that it has read and understands Section 1542 of the California Civil Code, which reads as follows:

“A general release does not extend to claims which the creditor does not know or suspect to exist in his or her favor at the time of executing the release, which if known by him or her must have materially affected his or her settlement with the debtor.”

Each Party hereby expressly waives and relinquishes all rights and benefits under such section and any law of any other jurisdiction of similar effect with respect to its release of any unknown claims that one Party might have against the other, in connection with the distribution relationship and the termination thereof.

12. Fukuda Covenants. Fukuda covenants that it shall (a) discontinue making any statements or taking any actions that might cause third parties to infer that Fukuda is a distributor of Volcano; (b) refrain from using any of the trademarks of Volcano; (c) inform all Transition Customer Accounts inquiring about the purchase of Volcano Products that they can be ordered directly from Volcano Japan and forward all such inquiries to Volcano Japan, including providing Volcano Japan with the name and telephone number of such customers; and (d) refrain from making any false, disparaging or misrepresentative statements about Volcano or the Volcano Products that would reasonably be likely to result in damage to the business or reputation of Volcano or the Volcano Products.

13. Mutual Representations. Each of the Parties hereto represents and warrants that:

(a) this Termination Agreement has been duly and validly executed and delivered by such party and is a valid and binding obligation of such party, enforceable in accordance with its terms, subject to (i) laws of general application relating to bankruptcy, insolvency and the relief of debtors, and (ii) rules of law governing specific performance, injunctive relief and other equitable remedies;

(c) no authorization, instruction, consent or approval of any person or entity is required to be obtained by such party in connection with the execution and delivery of this Termination Agreement or the performance hereof.

(a) This Termination Agreement, and the rights and obligations of the parties hereunder, shall be governed, construed and interpreted in accordance with the laws of Japan without regard to any conflicts of law principles that would provide for the application of the laws of another jurisdiction. The United Nations Convention on Contracts for the International Sale of Goods shall not apply to this Termination Agreement.

(b) This Termination Agreement and the Inventory Repurchase Agreement set forth the entire agreement and understanding of the parties relating to the subject matter hereof, and supersede all prior oral and written, and all contemporaneous oral, agreements, understandings and arrangements. No modification of or amendment to this Termination Agreement shall be effective unless signed by the parties.

(c) If any provision of this Termination Agreement is held to be invalid by a court of competent jurisdiction, then the remaining provisions shall remain, nevertheless, in full force and effect. The parties agree to renegotiate in good faith any term held invalid and to be bound by the agreed substitute provision in order to give the most approximate effect intended by the parties.

(e) This Termination Agreement may be executed in two or more counterparts, each of which shall be deemed an original and all of which together shall constitute one instrument.

IN WITNESS WHEREOF, the parties have caused this Termination Agreement to be signed by their duly authorized officers as of the first date written above. 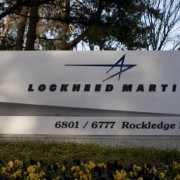