Attention: Mr. Tim Dattels
Chair, Special Committee of the Board
Dear Mr. Dattels:
Further to our recent telephone conversation regarding BlackBerry Limited (the “Company”), we are pleased to provide the Board of Directors of the Company (the “Directors”) with our proposal of an all cash offer pursuant to which a new company (“Newco”) would be formed by Fairfax Financial Holdings Limited (“FF”) and one or more other parties (the “Consortium” and each such person, a “Consortium Member”) to acquire 100% of the common shares of the Company (excluding shares already held by us) for U.S. $9.00 per share, representing a total transaction value of U.S. $4.7 billion (the “Transaction Value”). We have devoted substantial time, resources and energy to studying the Company. We believe our offer provides an extremely compelling combination of attractive and certain value for shareholders.
We are highly confident that the Consortium can fund the full amount of the consideration and all related transaction fees and expenses. We are seeking financing from BofA Merrill Lynch and BMO Capital Markets (the “Lenders”).
We have endeavoured to provide the strongest possible proposal to the Company and its shareholders, including:

• All Cash Offer. Our proposal is for Newco to acquire all of the outstanding shares of the Company for 100% cash consideration

• Attractive Long-Term Solution for all Stakeholders. Under our proposal, the Company can avail itself of the benefits of a private operating environment without the distraction of the public markets and the emphasis on short-term financial results.

• Highest Certainty and Speed of Completion. Our proposal offers a high level of certainty of regulatory approval. Newco will be a Canadian buyer not subject to Investment Canada review and we do not believe that there are any Competition Act issues or issues under the antitrust laws of the United States that would impede the transaction. This will lead to a rapid regulatory approval, delivering cash proceeds to the shareholders as promptly as possible. Our proposal provides higher certainty than alternatives that have been suggested in the press.

• Maintain Process Flexibility to Maximize Value. The Consortium and the Lenders will require a 6 week due diligence period which commences on the date hereof and ends at 5:00 p.m. (EST) on November 4, 2013 (the “Diligence Period”). We are available to commence our due diligence immediately and believe such diligence would be conducted during the negotiation of definitive agreements. During the Diligence Period, the Company shall be permitted to shop the Company and the proposal to other third parties. FF shall deliver an initial draft of the Definitive Agreement no later than 10 days from the date hereof. If the initial draft has not been delivered by such time, the Diligence Period shall terminate on the 11th day following the date hereof.
In order to advance our proposal, and for good and valuable consideration, you and we have agreed as follows:

1. During the Diligence Period the parties will negotiate in good faith with a view to entering into a definitive agreement (the “Definitive Agreement”) pursuant to which the Consortium will acquire the Company for the Transaction Value (the “Transaction”).

3. Nothing herein shall be construed as constraining the Company’s ability to have discussions with any other person about any transaction, including an Alternative Transaction prior to the execution of the Definitive Agreement. In this letter, the term “Alternative Transaction” shall mean any bona fide proposal or offer made by any person or group for (i) an arrangement, amalgamation, merger, reorganization, share exchange, business combination, recapitalization, dissolution, liquidation or similar transaction involving the Company which would result in any person or group beneficially owning more than 25% of the outstanding equity interests of the Company or any successor or parent company thereto, (ii) the acquisition by any person or group (including by any asset acquisition, joint venture or similar transaction) of assets (including equity securities of any subsidiary of the Company) representing more than 10% of the assets, revenues or net income of the Company and its subsidiaries, on a consolidated basis, other than transactions disclosed to FF in writing on or before the date hereof, (iii) any acquisition (including by way of take-over bid or exchange offer) by any person or group that if consummated would result in any person or group beneficially owning more than 25% of the voting power of the outstanding shares or (iv) any combination of the foregoing, in each case of (i) through (iii) whether in a single transaction or a series of transactions.

5. During the Diligence Period, the Company shall cause the business of the Company to be conducted in the ordinary course and shall use commercially reasonable efforts to preserve in all material respects its business organization and maintain in all material respects existing relations with governmental entities, customers, suppliers and creditors, provided that if required in order to satisfy their fiduciary duties, the board of directors of the Company may take any action which they reasonably believe is necessary to preserve the value of the Company, and provided that the Company may take any action that it has disclosed to FF in writing on or before the date hereof or that it has, on or before the date hereof, publicly disclosed it is, or will be, undertaking.

(a) During the Diligence Period the Company shall enter into any letter of intent or definitive agreement providing for an Alternative Transaction;

(d) During the Diligence Period, an Alternative Transaction other than as contemplated in clause 6(a), (b) or (c) is publicly proposed or publicly announced by a third person and such Alternative Transaction with such person is consummated within 6 months following the end of the Diligence Period;
then the Company shall pay FF a fee of U.S. $0.30 for each issued and outstanding Blackberry share, in the case of (a) immediately upon entering into such agreement, in the case of (b) immediately upon such cessation, and in the case of (c) or (d), upon consummation of the Alternative Transaction; provided, however, that no such fee shall be payable if the Consortium shall have reduced the price offered below U.S. $9.00 per share without the approval of the board of directors of the Company.

7. If during the Diligence Period, the Company proposes to enter into an agreement relating to an Alternative Transaction, it shall not do so unless it has first provided 48 hours’ written notice to FF of such fact.

9. In the event that the Diligence Period terminates and no Definitive Agreement is entered into between us because the Company ceases negotiations with the Consortium (which the Company can do at any time), other than in circumstances where the Consortium shall have reduced the price offered below U.S. $9.00 per share without the approval of the board of directors of the Company, you agree to reimburse us our reasonable and documented out-of-pocket expenses incurred in connection with our consideration of the Transaction, such reimbursement to include the reasonable and documented expenses of our legal, accounting and financial advisors; provided that the maximum amount of expenses subject to reimbursement hereunder shall not exceed U.S. $5 million. Any amounts paid in respect of expense reimbursement hereunder are creditable against any fee payable under paragraph 6.

11. Until the end of the Diligence Period, FF agrees that it shall not, without the prior written consent of the Company, sell, transfer, assign, pledge, or otherwise dispose of, or enter into any agreement or understanding relating to the sale, transfer, assignment, voting (other than as provided herein) or other disposition of any common shares of the Company that it holds on the date hereof, or any shares acquired during the Diligence Period.

12. We agree to coordinate public disclosure of this letter agreement and our Proposal. Each party acknowledges that the other party has disclosure obligations under securities laws which will require the other party to publicly disclose this proposal in a filing with the provincial securities commission and/or the U.S. Securities and Exchange Commission and to comply with these requirements, each party will be filing this letter agreement with the applicable securities commission on or about September 23, 2013.

13. This letter agreement shall be governed by the laws of the Province of Ontario. 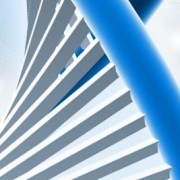 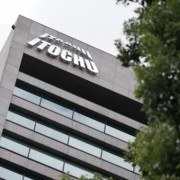