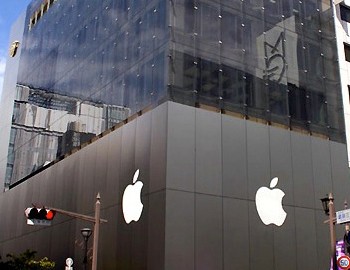 1.   Term of Employment Under the Agreement. The initial term of your employment under this Agreement (the “Term”) shall be effective as  of November 1, 1995 (the “Effective Date”) and shall continue until the  third anniversary of the  Effective Date.  Thereafter, the parties agree to renegotiate the terms and provisions of your employment with the Company. A milestone under during the first year of the Term is that you  hire the President of Apple Japan. Once hired, another milestone is that you  will work with and mentor the new President of Apple Japan for one (1) year following his hire in order to facilitate his new status.

2.   Employment. You will be Chairman of the Apple Japan Board of Directors and Chief Executive Officer of Apple Japan (grade 98) and your duties and responsibilities to the Company shall be consistent in all respects with such positions. The Company will take all steps reasonably necessary to assure that you are elected or appointed to the Board. You shall prorate your business time, attention, skills and efforts to the business and affairs of the Company and Apple Computer, Inc., as provided for in your employment Letter Agreement with Apple Computer, Inc., other than de minimum amounts of time devoted by you to the management of your personal finances or to engaging in charitable or community services.

(a)   Base Salary.  As compensation to you for all services rendered to the Company, the Company will pay you a base salary at the rate of not less than two hundred thousand dollars ($200,000) per annum as of the Effective Date. This will be paid in United States dollars and in monthly increments of $16,666.67. The amount of your base salary shall be reviewed annually by the Company and shall be increased to reflect market compensation of similarly situated executive officers as determined by the Company. Any increase in your base salary shall be effective as of each anniversary of the Effective Date and shall be treated as your rate of base salary for all purposes under this Letter Agreement. Your base salary will be paid to you in accordance with the Company’s regular payroll practices applicable to its executive employees.

(b)   Benefits. You shall be eligible to participate in all employee benefit plans and arrangements that the Company provides to its executive employees  in  accordance with the terms of such plans and arrangements, which shall be no less favorable to you, in the aggregate, than the terms and provisions available to other executive employees of the Company.

(c)  Bonus. You shall be eligible to receive an annual bonus as determined by the Board based on the overall corporate results of the Company.

Subject to the conditions of this paragraph, Apple shall designate you for participation in the Apple Computer, Inc. Executive Severance Plan upon the termination of your employment during the term or thereafter provided that (1) you have not obtained or been offered another position with the Company or its affiliates, or (2) the termination of your employment was not the result of your voluntary resignation, or (3) the decision to terminate your employment was not for “Business Reasons”.  “Business Reasons” shall mean that you are terminated for any of the following reasons: (i) engaging in unfair or unlawful competition with the Company; or (ii) inducing any customer of the Company to breach  any contract with the Company; or (iii) making any unauthorized disclosure of or otherwise misusing any of the secrets or confidential information of the Company; or (iv)  committing any act of embezzlement, fraud  or  material theft with respect to any Company property; or (v) violating any Company policy or guideline or the terms of this Letter Agreement; or (vi) causing material loss, damage or injury to or otherwise endangered the property, reputation or employees of the Company; or (vii) engaging in malfeasance, negligence or misconduct, or failing to perform reasonable duties and responsibilities consistent with your duties and responsibilities to the Company.

In addition, the Company will reimburse you for the reasonable costs of a taxi or hired car when you are required to attend business functions and it is impractical for you to drive yourself.

6.   Cost of Living.  The Company will provide you with a cost of living adjustment in accordance with the Company’s Policy.

8.   Accountant Fees. The Company will pay the reasonable costs of accounting services as provided in Apple’s Expatriate Policy to handle appropriate and covered financial matters.

9.    Notice.  For the purpose of this Letter Agreement, notices and all other communications provided for in this Letter Agreement shall be in writing and shall be deemed to have been duly given when delivered or mailed by registered mail, return receipt requested, postage prepaid, addressed to Apple Japan, 1-14-1 Sendagaya, Shibuya-ku, Tokyo, 151  Japan, with a copy sent in the same manner to Apple Computer, Inc., 1 Infinite Loop, MS 75-8A, Cupertino, California 95014, Attn.:  General Counsel, or to such other address as either party may have furnished to the  other  in writing in accordance herewith, except that notice of change of address shall be effective only upon receipt.

(c)   Counterparts.  This Letter Agreement may be executed in several counterparts, each of which shall be deemed to be an original but all of which together will constitute one and the same instrument.

(d)   Equalization. Apple will provide you with tax equalization benefits in accordance with Apple’s Expatriate Policy.

(e)  Source of Payments. All payments provided under this Letter Agreement, other than payments made pursuant to a plan which provides otherwise, shall be paid in cash from the general funds of the Company, and no special or separate fund shall be established, and no other segregation of  assets  made,  to  assure payment.  You will have no right, title or interest whatsoever in or to any investments which the Company may make to aid it in meeting its obligations hereunder.  To the extent that any person acquires a right to receive payments from the Company hereunder, such right shall be no greater than the right of an unsecured creditor of the Company.

(g)   Governing Law. The validity, interpretation, construction, and performance of this Letter Agreement shall be governed by the laws of the State of California without regard to its choice of law principles. The parties agree that, except as expressly provided for to the contrary, venue for any dispute shall be Santa Clara County, California.

(h)   Remedies in Event of Future Dispute. In the event of any future dispute, controversy or claim between the parties arising from or relating to this Letter Agreement, its breach, any matter addressed by this Letter Agreement, the parties will first attempt to resolve the dispute through confidential mediation to be conducted in San Francisco by a member of the firm of Gregoria, Haldeman & Piazza, Mediated Negotiations, 625Market Street, Suite 400, San Francisco, California 94105.  If the parties’ dispute is not resolved through mediation, it will be resolved through binding confidential arbitration to be conducted by the American Arbitration Association in San Francisco, pursuant to its Model Employment Arbitration Rules, and judgment upon the award rendered by the Arbitrator(s) may be entered by any court having jurisdiction of the matter. The prevailing party in such arbitration shall  be entitled to recover from the losing party, not only the amount of any judgment awarded in its favor, but also any and all costs and expenses incurred in arbitrating the dispute or in preparing for such arbitration. 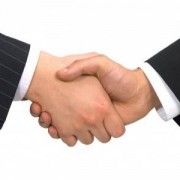 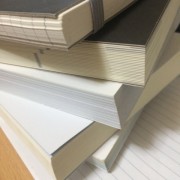 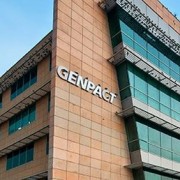